In recent weeks, the postman brought us the usual cards full of good wishes for the upcoming holidays and the approaching new year. With pictures of Christmas trees on them, presents underneath it, of course lots of snow and here and there the inevitable robin (Erithacus rubecula). That lovely round bird with that beautiful bright orange breast. Such a nice enthusiastic creature that approaches you and only stays a short distance away from you when you are working in the garden. In fact, if you have the necessary patience, it may well eat out of your hand. A cheerful little bird that greets you with its song when you walk through the forest, that creature that comes into its own when snow has fallen and it just looks like a truly peaceful Christmas scene.

Relationship with the Christmas season 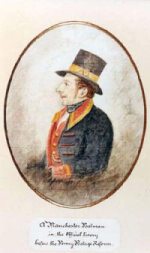 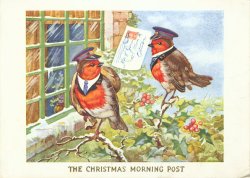 Before I tell more about this little bird, let me clarify something. Where does that relationship between the robin and the Christmas cards come from? To get the answer we have to go back to the Victorian era in England, or the second half of the nineteenth century. The postmen of the Royal Mail at that time walked in dark blue uniforms with a red vest underneath. And so looked a bit like robins, that’s why the postmen were popularly called “robins”. Nowadays we send out cards at every occasion, but in those days this only happened at Christmas. The first robins on Christmas cards were therefore depicted as postmen. Over the years, the postman uniform has disappeared from the cards, but the robin has remained.

Why are they called robins anyway? Well, until the beginning of the fifteenth century the bird was called redbreast (and much earlier ruddock). In the fifteenth century it became popular to give human names to some animal species and around 1540 the bird got its name robin readbreast, in all probability for the alliteration. Later only robin remained. It is not the only bird in the world that has got this name robin, for example the American robin (Turdus migratorius), a sort of thrush and the Australasian robins of the family Petroicidae. The origin of the name robin for these species is unclear.

And why aren’t robins called orangebreasts? After all, their breasts aren’t red at all, they are orange. And yet the name redbreast returns in many languages: in the Netherlands it’s called roodborst, in France rouge gorge and in Germany Rotkehlchen, all meaning red chest or throat. And the scientific species name rubecula also refers to the “reddish” colour. But why not orange? This is due to the fact that there was no name at all for the colour orange before the sixteenth century. Every colour that was in that direction was red, see for example red deer if one talks about more brown-orange deer. It was only with the introduction of oranges that the colour orange got its name. Derived from the Old French pomme d’orenge, which ultimately has its roots in Sanskrit. In 1512 the term orange was introduced in England. By then the bird already had the name redbreast and so it remained. In 1555 the French biologist and nature writer Pierre Belon tried in his ‘L’Histoire de la nature des oyseaux’ (The natural history of birds) to change the bird’s name to orangebreast with his suggestion that the bird is more ‘orengee couleur’, but to no avail. The bird’s name remains redbreast.

And now back to the oh so lovely robins. In winter they tap against your window, like they are begging to come into your house. Or happily playing together in the garden, we think. But robins are not such peaceful birds at all. In fact, they’re very aggressive. They attack all congeners, not only the adult birds, but also the young ones. That’s why young robins are brown in colour and don’t have this bright orange on their chest. The orange will only come in autumn when they are completely independent and start looking for their own territory. Until then, the absence of their orange breast protects them against attacks from birds of their own kind. The male robins, but also the females, would immediately rush to it, because they see them as competition in their territory.

Never more than two robins in the garden

If someone says that there were three or more robins in their garden then I have my doubts about that. As described above, robins are very territorial and do not tolerate any other congener in their territory, except a female. That territory covers about ​​5000 to 7000 square meters. That is the size of quite a few normal backyards together. The boundaries of this territory are marked by the male by singing and are further monitored closely, both in summer and winter. Incidentally, the females also have their own territory in winter, which they defend with the same fierceness as the males. More than one robin in the garden in the winter generally gives a fight. Incidentally, there is a good chance that the robin you see in your garden in winter is not the same robin that bred there last spring. Robins are migratory birds, the birds here migrate to the south and are replaced by congeners from Scandinavia and Eastern Europe.

Sometimes it even happens that in spring a male attacks a female who invades his area. Until it comes to the conclusion that it is actually a female and then it will start courting her. And because in the bird world the females prefer to choose partners that are strong and dominant (after all, they ensure strong offspring), the male usually succeeds. A kind of make-up sex 🙂

So, that pathetic robin tapping against your window doesn’t want to come in at all. The bird sees a rival in the reflection in the window and does its utmost to chase it. That battle for territory sometimes goes much further. First the defensive male tries to impress with its bright orange chest and throat feathers and thus threateningly approach the intruder. If that does not work, heavier artillery is immediately deployed. The males can react so aggressively to intruders that horrific fights ensue, true gladiatorial fights to the death. Literally even, because it can happen that one of the two loses and dies from the injuries. At BBC Springwatch I once saw a video of fighting red breasts with a fatal outcome.

So you see how you can be mistaken about some birds. While Christmas is the festival of peace on earth, charity, fraternity, sharing, one of the symbols of this same Christmas is a pretty dominant bird with a territorial drive.

I wish you all a Merry Christmas and a good and healthy 2021!

This item was originally published in Dutch on December 19th 2017.