I don’t know when and where it started, but as a young boy I was already interested in nature. Behind our house there was a small park and behind it there was a small creek, the Molenkreek. There was an abundance of birds. I still remember how I had tucked an old blanket between the clothes lines. The blanket happened to have a hole in it and through this hole I spied the great and blue tits and other birds which came up to the feed I hung there. It would probably have been a crust of cheese. At that time there were no advanced feed silos yet filled with hi-energy mix or bird-sprinkles.

At some point my love for nature, presumably during a consultation, came to the attention of our general practitioner “Doctor Frank” Puylaert. Later I was dragged into his Citroën DS to a meeting of the birding-society ‘De Steltkluut’ (named after the black-winged stilt (Himantopes himantopes)) at the community centre De Halle in Axel, a nearby village. (I have been a member of this society for many years, without ever having seen this beautiful bird on those slender long legs. Not until in August 2012 when I saw in the pouring rain my first black-winged stilt.)

At this meeting in De Halle I was introduced to some “big” names in the regional bird watchers such as George Sponselee, Henk Casteleijns and last but not least Johan van den Steen. The latter also had its roots in my hometown Westdorpe and was a very skilled birdwatcher but even more a defender for the preservation of “his” Canisvliet, a beautiful nature reserve around the corner.

Johan was born in 1929 and had spent many hours of his youth in the Canisvlietsche Kreek, as this area was called at that time. He told me that he learned to swim in that creek and he did well. He even was a member of the Belgian Olympic team, my father told me at the time.

Johan introduced me to the secrets of the bird world. On many Saturday mornings I went with him to Canisvliet in his wonderful old Citroën 2CV. The car parked on the side of the road and then in the morning twilight through the high, still wet, grass to the observation hut on the banks of the creek. Johan had built the hut himself and it was exactly what it was meant for: spying the birds on and along the water, no fuss. Just on a wooden bench, sitting in a somewhat curved position overlooking the waterfront. The only luxury was an oil-fired heater for when it was really cold. Because Johan was in here year in, year out at least once a week. 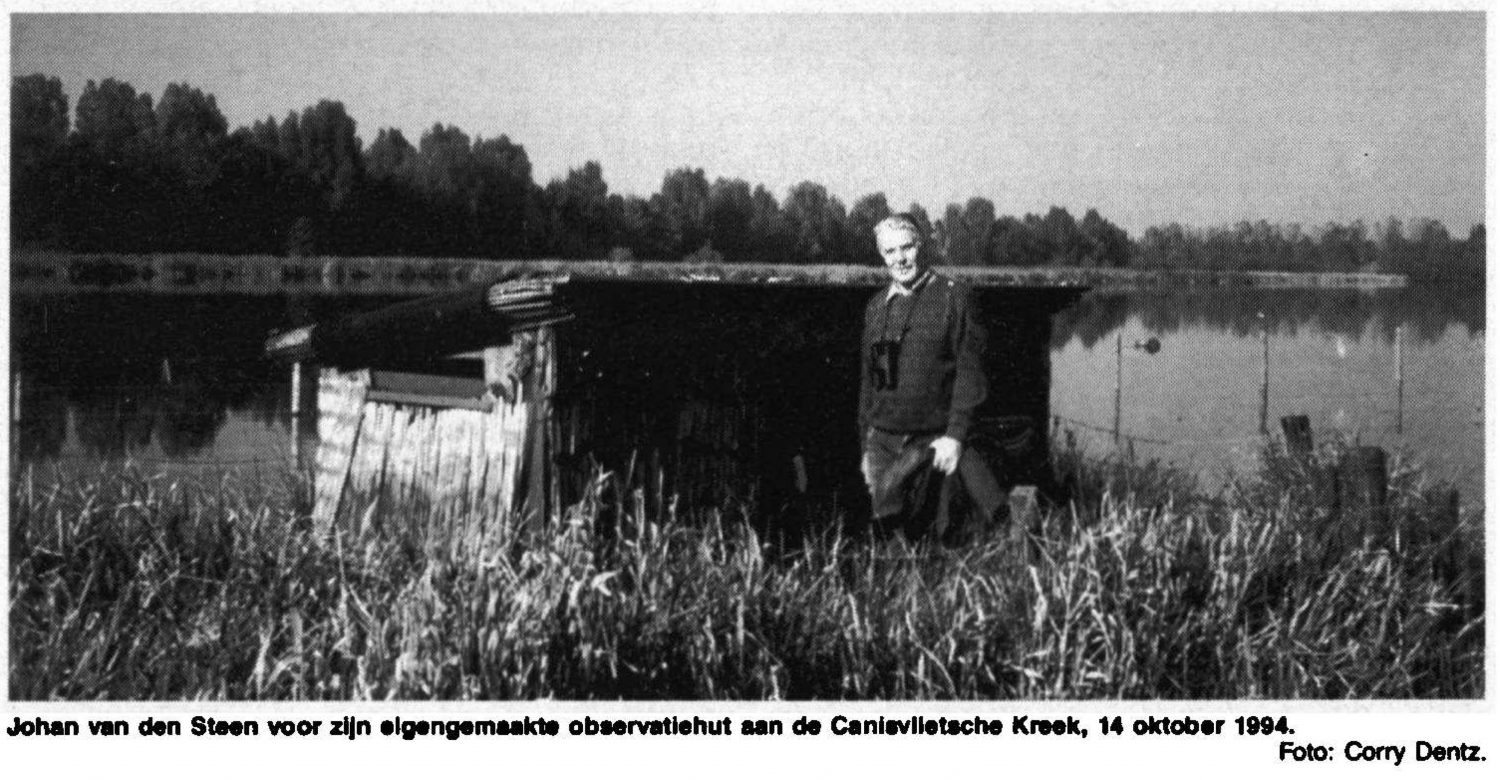 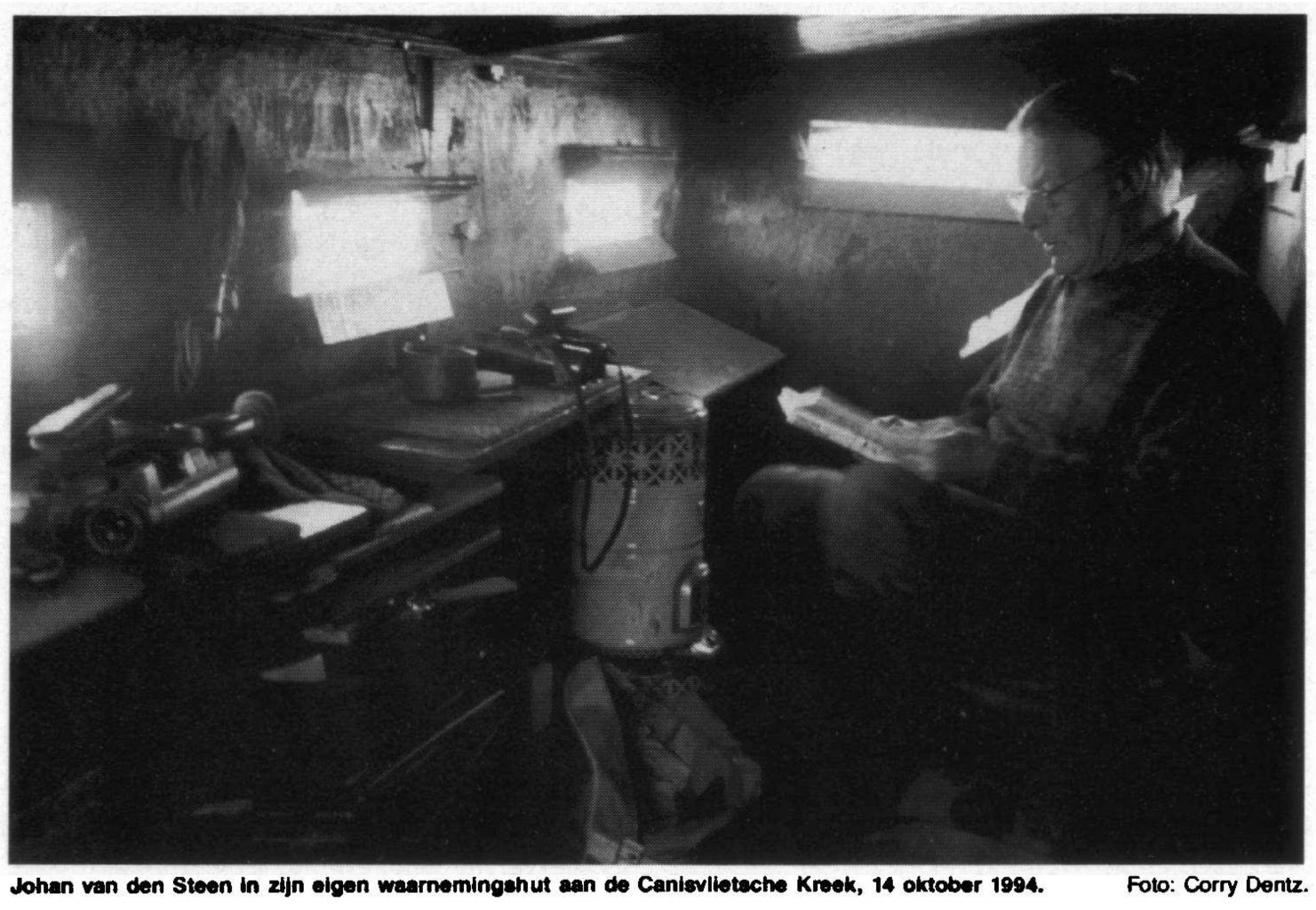 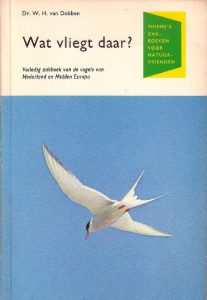 On Johan’s advice, I bought a better bird book. My first book was “Wat vliegt daar?” (“What flies over there?”) by Van Dobben. But that was really for beginners and amateurs, according to him. No, if you really wanted to fit in the world of birdwatchers, you had to have Petersons “Field Guide to the Birds of Britain and Europe”. Called “De Kist” by Van den Steen and many other birdwatchers invariably, because of the Dutch translation by J. Kist. And so I bought “De Kist”, a red one. I still have it, my name and former address in it on a black Dymostrip. You probably remember them, those with the embossed characters.

Many Saturday mornings started this way. And I have learned a lot from Johan. Why do lapwings (Vanellus vanellus) tap on the ground with their feet, for example? Worms feel these small vibrations and go to the surface because they think a mole is coming to dig. The vocals of cetti’s warbler (Cettia cetti), back then a rare bird that bred in the Netherlands for the first time in 1977 in Canisvliet. Johan was a real walking bird encyclopedia, he taught me a lot and he never became pedantic.

In the years that followed, I got other interests besides study and later work. Birds continued to play a role in the background though. But in my spare time I would rather go out for the night or just hanging out in the pub and also girls of course. So I also lost sight of Johan. But in the early 90’s I met him again, in my local pub De Gravin, in company of all kinds of people who played a role in the preservation of Canisvliet. He recognized me right away, we had a chat while enjoying a pint. Johan seemed to get what he had fought for all those years.

His Canisvliet, which had once been doomed and seemed to fall prey to pollution and neglect, became part of a larger plan. He was very pleased with this chance. Unfortunately he has not been able to experience the implementation of this plan. On February 8th, 1996, he passed away, but he lives on in my mind. His good friend Franklin Tombeur wrote a beautiful in memoriam in the issue No. 44 of the magazine “Het Vogeljaar” (pages 85-86). This also shows the two black-and-white photos above.

The area around Canisvliet has now been redesigned. The orchards that surrounded it are now integrated in the whole plan. A walking path leads you through the beautiful area and halfway you come across a tree, a common oak (Quercus robur), with a sign in memory of Johan. So that he can forever be in “his” Canisvliet.

This post was originally published in Dutch on September 5th 2016